You Have the Right to Remain Silent … Tess Makovesky

I grabbed the man by the collar and shook him until he blubbered. I handed him a tissue to wipe the fear snot from his flared nostrils.

I looked to the side at the leg which hung out of a bed of bricks from the wall which had crumbled on top of him.

I held no intimidation in his ping pong eyes. He’d seen what this other could do. “No. Nooo. She’s an urban legend. She doesn’t exist.

The man turned out to be some guitarist in a tribute band.

Another brick in the wall thudded to the ground, somewhere.

A day later a farmer had called in about a body in the sheep pen, convinced the grass munchers had not killed him. The corpse had a bass guitar lying by his side. The wind-blasted lines on the man’s face grew deeper when I figured he knew the real cause of death.

The next death was a man, like the others I’d learned, of dubious morality. The dentist said he’d found him in the dental chair that morning, numb and in seeming comfort, drumsticks in his hand.

“You see anyone around?”

The dentist shuffled his feet, shook his head, appraised my teeth.

His hands shook and he dropped his clipboard. He scrambled to pick it up and ushered me out. Turned the sign to ‘Closed.’

The next man to meet his maker hung high from a tree by the cord of his mic – his last great gig, but in the sky. He had long hair and a 60s/70s vibe, and wore his Pink Floyd outfit from the tribute gig he’d done the night of his death. The same Pink Floyd tribute band as the others.

“You can come out, Tess Makovesky.”

Tess stepped out of the shadows but remained a silhouette against the setting sun. “You followed the clues, Mr Beech.”

“No – I killed their tribute act. They slaughtered every song I love until I couldn’t take it anymore.”

“You don’t mess with the Floyd, Beech. Now, what do you want now you’ve found me.”

“I want my answers.”

She tilted her head and her smile broke out of the shadows. “Well … you better follow me.”

Tess Makovesky wrote a bonkers short story featured at Spelk Fiction a few months ago which sums her up. She’s dark, unorthodox, and a lot of fun. She has short stories across a ton of online magazines and print anthologies, and her novella, Raise the Blade has been praised as blackly comic. You should read her stuff.

Tess Makovesky (TM): I’d suggest they try short stories first – some of them are excellent, they’re a great introduction to the world of fiction (and different genres), and if they’re still not keen, at least they won’t have wasted too much time reading them!

TM: Complexity – I hate characters who are all good or all bad. Every human being has a complex mixture of traits and personality; an interesting character mirrors that. Their motives must also be believable and internally consistent. I don’t like characters who do things because the plot needs them to, rather than because it’s something they would genuinely do.

TM: No, I’m quite happy for a main character to be pretty unpleasant, as long as they have at least one redeeming feature and/or good reason to be so unpleasant. I need something I can connect with or some understanding of what makes them the way they are.

TM: At the moment I’m enjoying the TV series Brotherhood, with a great performance by Jason Isaacs as gangster Michael Caffee (apparently loosely based on Whitey Bulger). The writing is excellent because in amongst the shocking, casual violence and murders, he has a strong code of ethics and will risk his own life to protect those around him. That level of complexity and intelligence in a drama is quite unusual. 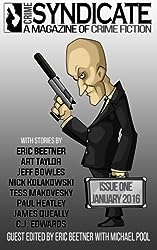 TM: Lack of research and/or the sense that the author expects the reader to swallow any old rubbish. I once read a book where the author wrote the main characters into such a hopeless dead end that she had to have the Archangel Michael come down to rescue them. And that was on top of a long list of historical inaccuracies and general silliness. It’s the only time I’ve ever literally thrown a book across the room…

TM: I used to be much better at persevering but these days I feel life’s too short and will tend to give up after a few chapters if the writing and/or story are just not for me.

TM: If I knew the answer to that one I’d bottle it, sell it and make myself rich! Seriously, I think it’s a mixture of all kinds of things. Movies and TV definitely, plus other books, plus stuff I’ve read about on the news, plus dreams, music, things I overhear… All it takes is that one little spark, that voice saying ‘yes, but what if…’ and I’m off. Of course, actually finishing the damn book is another matter… 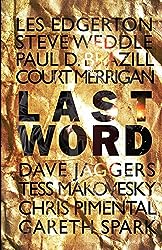 TM: To have confidence that I can actually sustain my ideas over the course of a full-length novel. I’ve always tended to write shorter stuff up to now – short stories and a couple of novellas. But some of my friends pinned me to the wall and insisted I try to work my latest book up into a novel, so I gave it a go and succeeded. I’m very grateful to them.

TM:Gravy Train, in which a gang of losers chase a bag of money around Birmingham but have problems hanging on to it… Due out in November from All Due Respect.

TM: I lurk all over the internet so they shouldn’t have too much difficulty tripping over me. Try my website (http://www.tessmakovesky.com) or my blog (https://tessmakovesky.wordpress.com/), or for more day-to-day stuff there’s Facebook (https://www.facebook.com/tess.makovesky) or Twitter (https://twitter.com/tessmakovesky). Hope to see everyone there!

And a big fat thank you to Jason for letting me ramble on about myself all over his blog!

Here’s a few of Tess’ short stories to chomp on:

The Red Umbrella at Spelk Fiction

Scorpio at Thrills, Kills, and Chaos

Enjoy the Trip at Shotgun Honey

You can buy Tess Makovesky’s books at Amazon US and UK.

You can buy City of Forts for a special pre-order price HERE. It is also available in paperback.