You Have the Right to Remain Silent … Nigel Bird

“Your answers are on the USB stick, Beechy.” He slipped it into my hand and bent down to stroke the dog he had on a leash. “This is Gnasher. My wife calls him Gordie. You good to look after him?”

I patted the dog, a mutt with a face that must have been sat on by Big Daddy at least a dozen times. “I said I would, didn’t I? I’m just glad you brought my answers.”

He shook my hand. “I can’t be late, I’ll see you in a few hours. Take good care of him, my wife is a sweetheart, but she will kill me if any harm comes to him. And I mean literally, not figuratively. Enjoy the park.”

The dog muzzled at my hand. “I don’t have food, chubby-chops. Sorry.”

He tried the other hand and damn, he swallowed the USB stick. “Nigel. Nige. Nigel.”

Nigel ran back, alarmed, as he should. “What happened?”

“You let him eat the stick?”

“No, of course not, it just lunged at it before I had a chance to react. You’d think it would spit it back out, it being plastic and everything.”

“Gnasher, pal, come on, are you stupid?”

The mutt tilted its head sideways at our complaints. I’m sure he’d like another stick for dessert.

“You’re going to have to tell me your answers. I’ll write them down.”

Nigel paused, his fingers in the dog’s mouth. “Are you kidding me? The dog is my wife’s new love. Any harm and it’s me in the kennel. And I need to get to my appointment. Can’t miss it. Help me get the thing out of the dog.”

“That time has passed. It’s the dog’s other end we need to look at, now.”

Nigel rubbed the spots of rain from his glasses and puffed his cheeks. A man stopped in front of us. His open coat flapped in the wind and he swigged from his can of Special Brew. String hung out his pocket in search of a dog to wrap around.

“What you doing with that dog?”

“It swallowed something it shouldn’t have.” Nigel poked around the dog’s mouth as if the thing had become stuck in its teeth. Gnasher growled and swung its neck, but I held him round the waist to keep him steady.

“Make him sick. It’ll all come out in the wash.” He ripped a handful of grass and encouraged Gnasher to eat from his palm.

Nigel slapped his hand away. “He’s not eating grass, pal. Bugger off.”

The man hunched and slouched away, a gob-full of cusses thrown at the cold breeze.

Nigel lost it and stood. “I’ve got to go.” But he remained planted to the spot. “Damn it, Gnasher, spit the bloody thing up, will you? I don’t have time for this nonsense.”

I slapped the dog’s ribs as if that would shoot the thing out its mouth.

The young woman toed the brake on the pram and bent to Gnasher. “You have to treat a dog with love and care, not harsh words.” Her baby cried tears enough to flood the pram. “What are these fellas doing to you, you lovely dog?”

Lovely? I’d seen cuddlier iguanas. This flea-bitten thing had a face even its mum would turn from. The baby’s scream ripped the clouds apart to allow a peek of the sallow sun. Somehow, the golden glow made the dog uglier.

I huffed and gained her ire. “The dog has a USB stick in its belly. Unless you can get the thing out, you can sod off and leave us to it.” She charged off without her baby. Came back to get him, but accused us of making her forget the little Damian. The silence eased the tension.

“You could have given me the answers verbally by now.”

I shut my mouth at the glower Nigel offered in response. A mechanic offered to use a spanner on the dog, a nurse recommended a vet (thanks), and an old woman on a mobility scooter said we should stick a finger up its bum. “You know, like you do if it locks its jaws round your calf.”

I knelt in front of the dog and eyeballed him. “Gnasher, you’re one ugly mutt. I don’t know why you’re loved, because if I saw you without Nigel i’d think you were nothing more than a stain on the pavement. But you are loved. Not by me, no. But others with a more forgiving nature. For them, barf up that bloody USB stick. Yeah?”

The dog offered its paw and growled and whined for more food.

A big man pointed at us from across the field and fast-walked.

“She stole this dog? She risked the law for this?”

Oh, he meant the man.

The man sped to a jog. His finger-jabbed and his accusations spilled out like the baby, earlier. “You doing with my dog? I’ve been searching for him for days.”

Gnasher whimpered and nuzzled the back of Nigel’s leg.

“Come back here you little arsehole.”

Nigel held the big man back with the flat of his palm. “Leave the dog alone.”

The man whipped a lead from his pocket and raised it high. Gnasher yelped at the sight and puked all over Nigel’s leg. The man turned his face sideways and his nose quivered at the sight and smell. He let his hand fall to his side and backed away.

“You know what, you keep the bloody thing. Ugly little rat, anyway.”

We watched him go. Held our noses. Nigel shook his leg as if that would clean him up.

Nigel fished in his pocket and thrust a wet-wipe in my hand. “There you go, fella. Get at it.”

I held it between finger and thumb and watched Nigel head to his appointment smelling of dog sick. Never mind, I’d got what I wanted.

Nigel Bird has written so many books it’s difficult to know where to start, but you can’t go wrong with his Southsiders series, which Ian Rankin called “Grim, but really good.” Nigel has stories across a host of highly-regarded short-story collections, including The Mammoth Book of British Crime alongside other greats Ian Rankin and Val McDermid.

Nigel Bird (NB): What can you say? I’d be inclined to leave them alone and let them get on with whatever they’re into.

I struggle to imagine a world where things that have been made up aren’t a part of it. I presume your friend doesn’t bother with films or plays for the same reason and, taking it to extremes, doesn’t have much time for non-fiction or conversation either.

I heard a nice interview on World Book Day last week with Tony Parsons. He was talking about the merits of reading to children and remembered the story that finally got him hooked on books. His thought was that those who don’t like reading just haven’t heard the right story yet. Maybe your friend is in that category. I hope they find theirs soon. 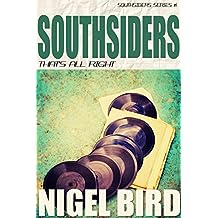 NB: I’m not sure the protagonist needs anything other than conflict, whether it’s external or internal. That’s what’ll keep things interesting no matter what other qualities or faults they may possess.

NB: Absolutely not, though I do like a main character to have some redeeming qualities no matter how awful they are. Too likeable or too mean can be stretches too far.

NB: Because he’s the first that came to mind, I’m going to pick the Deaf Man from the 87th Precinct novels. He’s ruthless and clever and his schemes are almost perfect. The way he goads the detectives with his trails of clues and direct messages is always entertaining and the paces he puts the police through make fascinating reading. 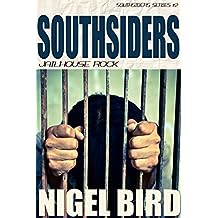 NB: No. If I don’t’ like something, I’m unlikely to finish it. I’ll give it a chance and see if things improve, but there are so many stories out there waiting to be read that I no longer have the patience to leave them in the queue

NB: Usually it’s a moment where two ideas clash and create some kind of internal explosion. It’s a Eureka moment, the kind of thing that can’t be planned for and occurs, unfortunately, far too rarely. The two ideas may be collected from anywhere, but what they most likely have in common is that they led me to ask ‘What if?’ as soon as I came across them. 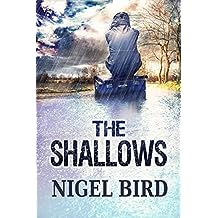 NB: I was reminded that the flaws and bad habits I had when I started writing still lurk in the shadows. I learned, again, that I should make an effort to take notes as I go along to avoid having to constantly search up minor details about characters when I need them. I tried to focus upon pacing without really finding any solutions and while attempting to juggle a number of plotlines I realised I should have given each angle a little more thought before I attempted to twist the strands into a tight rope.

NB: Whoever said suicide was painless was seriously off the mark.  Police intervene to prevent a teenager from killing himself and end up wishing they’d just let him do his thing.

The best place is through my books. That’s where the real connection can be forged, for better or worse. Otherwise I do most of the usual stuff on social media.

You can buy Nigel’s books from Amazon US and UK.

City of Forts is now available on all digital formats and in paperback.