You Have the Right to Remain Silent … Martin Stanley

I spot Martin Stanley in the Museum Tavern, a pint in his hand, an elbow on the bar, a story out of his mouth into the barman’s ear. The barman nods my way and Stanley scrunches his eyes at the sight of me. I don’t know who he thinks I am – I’m dressed in regular civilian uniform, a little worn around the edges, but nothing to elicit such a reaction. He jumps over the bar and out the back of the pub.

My back is a little dodgy, but I can hurdle with the best of them and I’m out the rear in a shot, the cusses of punters in my ears whose alcohol I’d spilt. I’ve made an appointment, and Stanley will honour it, hell or something about water.

I spot him head for the spinning door of a high-end bank, but the odd thing is I’m sure he spins right back out as I enter the building with him. I twirl back onto the street and hook his arm. Stanley faces me, surprise and anger on his face. It’s not him. I apologise and swivel to see where my appointment has gone, and step on the man’s foot by accident. He hops at the pain and crashes into the path of a bicyclist who jumped the red light.

I mouth my apologies and head for the man I see down a side road. He clangs metal steps which hang off the building’s outside. He can’t have changed clothes this quick, but he has Stanley’s gait. I make it across the road, skiing between cars, buses and bicycles. I jump two steps at a time and hold my side. Rub the stitch away. Stanley stands at the roof’s edge and stares at the city. The wind flaps his Savile Row suit and buffets the bowler hat he wears. What’s with the disguise? I had an appointment.

I charge over and tap him hard on the shoulder, full of righteous indignation. The man turns, his face tracked with years of hard living. Stanley has at least another forty to go before his face resembles this cracked Saharan landscape.

I grab the man’s elbow in apology. He mumbles a “thank you” about me taking the time to acknowledge him, and that I’d saved him. But I let go hastily when I see Stanley head to the Cartoon Museum and the man slips. I don’t have time to look or help, but when I make it round the building a crowd of people have swarmed round some object which had fallen from the roof. They block my way.

I shimmy in and out of bodies, the Stanley Matthews of the street, but without a ball. Everybody streams against me, like a conspiracy. Stanley has distance and owls his neck my way. Smiles. What’s his problem? He pulls his jacket free. In the blur of movement I’m sure he wraps a scarf round his neck. Bodies in the way. I lose sight and regain. There. He’s donned a blonde wig, shoulder length, and tight pants. On the move? In the middle of the street? I get closer, which sends him into a nervous scurry and he shoots off down a dank alleyway Fagin would have sent his thieving kids down. Stanley won’t get far in those platform shoes. I catch this Sweet tribute singer by the shoulder and he swings and hits me with a purse I never knew he carried.

It’s not Stanley. This person is a woman. Comely and everything. She sees her chance in my confusion and puts those platforms to use, right in my hoo-haws. I crumble, hands in nut-comfort mode, and tumble into a drainpipe. A rumble jets up the drainpipe and dislodges something up high. I crawl away, blind to the crash and scream behind me.

Why is Stanley running from me? I see him everywhere. He’s the road-sweeper, he’s the glum McDonald’s server, the jogger, the underwear model in the department store window. I lean against a wall and pull thoughts into my head. What can I do but grab a pint and admit defeat.

I enter the Flying Horse and there, sat at a two-seater table, is Martin Stanley. He’s in a t-shirt and jeans and taps a barmat on the table. He has two pints, one for him … “That one’s for you.”

“What the hell was that all about?” I ask.

“I thought you were a man called Jimmy. Dodgy bloke with a scar from ear to neck. Lost at cards to him the other night. Sorry, you look a little dodgy, too. Made me jittery.”

I sit opposite him and rub at my neck to wipe away any mark which could look like a scar.

Stanley raises his Duchesse de Bourgogne and winks, holds his words until a train of ambulances pass by for some unfortunate souls. “Now, what questions do you have for me?”

Martin Stanley is the author of the grim, exciting, and very funny Stanton Brothers books. He loves big-flavoured beers, has impeccable taste in loving Once Upon a Time in the West, and is mad for Berlin. You might catch him reading Elmore Leonard, Ted Lewis, and James Ellroy.

Martin Stanley (MS): If his reading habits are anything to go by, it seems words are wasted on your friend. I’m not a fan of wasting words. He can go fuck himself.

MS: They need to have something compelling about them. They need to be interesting, have flaws, personality, be driven in some way (whether it be by the plot or by personal demons). 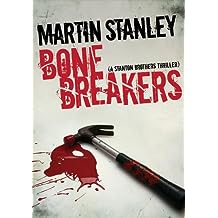 MS: I don’t need my protagonists to be likeable. However, I draw the line at irritating or boring, and I also hate whiny or self-pitying characters.

MS: I’m a massive fan of Roger Smith. He writes some of the best villains around. They are utterly despicable and yet recognizably human. Steve Bungu from Nowhere is a particularly well-rounded antagonist. 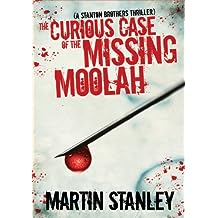 MS: If it’s a piece of shit then it’s going out the window. If it’s boring or irritating, particularly if it’s a first-person piece, then it’s fifty-fifty whether that book’s going to fly or not. Bad endings make me want to send a book hurtling into the night sky.

MS: Sometimes. I try to be optimistic that things will improve.  Most of time I regret that optimism.

MS: Lots of things get me writing. I love listening for odd speech-patterns or weird arcane turns of phrase, and will often give characters those turns of phrase. I’ve been having great difficulty in finishing a novel recently, to the point where my progress slowed to a few hundred words a week (if I was lucky). Don Winslow’s The Force rekindled my love of writing. It made me want to finish my current project.  I often feel more creative after travelling. 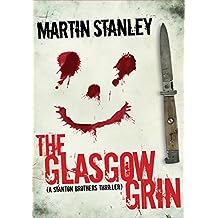 MS: My current novel has taught me to plan everything. I decided to part plot and part pants the writing of The Amsterdamned. If I’d plotted the thing in its entirety, there’s a very good chance I’d be in the editing stage by now. Yes, I think I’ve learned to hate my latest novel.

MS: My next book will be a collection of Stanton brothers’ short stories called Get Santa and other shorts. Available some time next month.

10. Where can readers connect with you? @MStanleyAuthor on Twitter and also at www.martinstanleyauthor.com

You can buy Martin Stanley’s books from Amazon US and UK.

City of Forts is available now in all digital formats and in paperback. Buy it HERE for the special release price.