You Have the Right to Remain Silent … Bill Baber

I find Bill Baber at the horse races. He’s tanned, chilled, and in no mood for bullshit. He’s won a fistful from the 1.15 and he looks full of beans about his chances for the 1.45.

But that’s when he spots me. The swig of red wine sprays out his mouth along with a dozen or so cusses, and he pushes through the crowd to get away.

I lock onto his slim frame as he bobs between the masses. A woman makes way, a man raises his beer bottles high to avoid spillage. Bill’s a bull, rampant down this Spanish street of a crowd, and some bloated man in an oversized red cap is horned over by my man’s double-fisted getaway.

I’m not far behind, just need to keep sight of him. He ducks left, dodges right, and … damn, he charges onto the track. It’s 1.44 and thirty-five seconds and Bill drags a jockey from his horse on the far side. I have no choice but to do the same on the near side. The jockey yells and kicks, but I hurl him aside and mount the horse. The gun fires, the gate opens, and we’re off. The horses form an almost single line and I’m two horses behind Bill.

I’ve never rode a horse and I swing this way and that until I manage some sort of balance, but the wind in my face drags my lips into unholy shapes so I find it hard to yell comprehensible words Bill’s way.

Bill keeps his balance like he knows a horse, but he’s grabbed a 100-1 which bears no comparison to my 20-1. I’m by his side. He manoeuvres the whip he hasn’t used yet to his sword hand and readies for action. I don’t think the horse has anything to worry about.

“What do you want from me?” he growls above the horse hooves.

We jump a hurdle and I stay in the saddle more by luck than skill.

“I’ve got some questions for you, that’s all.”

“You’re not some damn internet troll?” he asks.

I eye the whip and breathe easier at his relaxed grip on the thing. “Nope.”

“Well, why the hell didn’t you say so in the first place?” He squints against the dust from the horse in front and surveys the finish line in the distance. “You better ask away – this race is nearly up.”

Bill Baber is a self-styled writer of trashy crime stories. He’s prolific and his tales are scattered across a significant number of anthologies and internet magazines. He’s a top read.

Bill Baber (BB): It must be incredibly dull to go through life with no imagination or ability to see beyond the black and white of our monotonous every day existence. And considering today’s state of things, we all need some escapism. I’d go nuts without it. 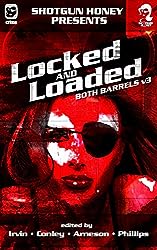 BB: A goal. They have to be going somewhere. It might not be to a good place but they can’t stay idle long.

BB: Not at all. I write crime fiction. I like some of my protagonists but they are all flawed. I think the same goes for most of what I read. I suppose having some redeemable qualities is preferred. 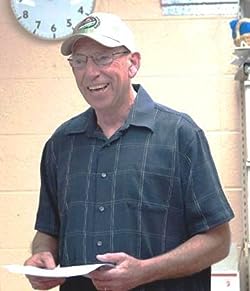 BB: I’ll take great novel for $800.00- The Last Good Kiss by James Crumley. I first read this forty years ago which seems impossible. In my opinion the best P.I. book ever written. I didn’t know it at the time but this book is the reason I write crime fiction.

BB: Wordiness might be the first reason. Second is when a writer tries to be too cute. I liken that to a strikeout pitcher nibbling at the corners instead of using fastballs to challenge a hitter. I don’t need a bunch of excess verbiage. To paraphrase Elmore Leonard, no one reads the wordy parts.  And it has to have a plot.

BB: Depends on your definition of dodgy, do you mean low quality? I think we all have B movies we love. I like crime fiction that I can visualize in that way. But if something is really bad, I’m not going to waste my time. But at its core, pulp and the majority of noir is not high -brow stuff. That’s why I love it! 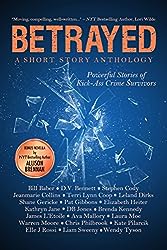 What gets you writing? A great novel? Something you saw on the street or on the TV? Something else?

BB: When I write poetry it is all spontaneous prose. It’s pretty much the same with fiction. I don’t write every day. Something will pop into my head and I write. If I try to force  a story it never seems to work. Probably not the best approach but writing is a hobby for me, I have no illusions of wealth and fame.

What did you learn about writing from the last story you wrote?

BB: That I am never satisfied with the final version of a story. After all the rewrites and after acceptance, I see things I should have done differently. There is something to be said for a great editor. Pam Stack used a professional editor for the Betrayed Anthology and I learned so much from what she did with my story.

BB: I continue work on a novel featuring two characters that have appeared half a dozen times at Out of the Gutter. But there are always stories to write!

Here’s a few nibbles to get a taste of Bill Baber:

Runnin’ Scared at Out of the Gutter magazine

I Did it My Way at Near to the Knuckle magazine

By This Time Tomorrow at Spelk Fiction magazine

You can BUY City of Forts now for a special pre-order price at https://www.books2read.com/CityofForts