You Have the Right to Remain Silent … Bradley Ernst 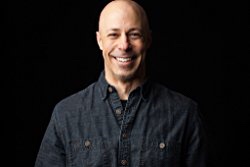 Bradley Ernst scratched the tip of his nose with a pencil and shrugged his shoulders. I leaned across the table towards him and stared hard enough to crumble a mafia linchpin. It made the librarian hush me, though I’d said nothing more. But it didn’t budge Bradley.

“I can’t give you any answers right now. My head is not right. You need to go in there to find my answers.” He swept a hand over rows and rows of bookshelves, forest-deep and as dark. “Here, take this.”

He thrust the pencil into my hand. I watched him over my shoulder on my way past the first shelves. The air rippled and resisted and I caught my breath. I rubbed my thumb over the pencil’s blunt end as the light faded and the occasional book shone from the darkest corners.

A trail of flowers littered the floor and a man with wavy hair and a goatee beard stepped out from behind a shelf of dusty English classics. One arm swung back to hold on to the shelf and he bent forwards as if exhausted. “I am very hungry and tired … I have been walking these seven days.”

I could only react from the shock of his appearance. His eyes implored me for more. I flickered from him to somebody in the shadows, rows behind Charles Dickens, who threw a book at the man. Dickens disappeared and I swirled at this madness.

A fluorescent light buzzed in the distance and I made my way to it, lightheaded. A man pounded at a typewriter. He had a kind face and I wanted to open my mouth, but his concentration told me to leave him alone. I peered over his shoulder and read a paragraph from The Water-Method Man. A wave of hot air floated finished pages into the air and as they hovered before me flames turned them into ashes. It spread to the typewriter and the unfinished page, but John Irving continued to pound the keys like the fire came out of his fingertips.

I flapped and ran to cool the prickle on my skin, and froze at the shadow which stalked me. I chased it and stumbled over a million unread novels it swept from the shelves as it charged away from me. I slid down a bookcase, emptied of books, and caught my breath. What had I entered? I scratched my cheek to suppress the nerves and scrambled away at the figure which banged a frying pan with a spoon. He stood over me, a wild grin dominated his bald head.

“You a damn liberal? You a flowery ass? No, don’t talk to me. You take too long. I need full stops every three words. Vote Bush. Vote Obama. Vote Trump. Don’t vote. They’re all corrupt. Not as corrupt as the LAPD. They’re all mad. They’re all going to get you. If you want to get out of here, you need a bruised cop. From the LAPD. Corrupt, yeah, but he has right on his side.”

I scrambled away, confused, past a bookshelf named The Great American Novel, beyond the sci-fi section, and into the cobwebbed section all writers feared. I willed myself from the loneliest columns and rows, the shadow to my left, right and behind. Sometimes ahead, in wait.

Zora Neale Hurston shushed her lips and offered me a bright smile. She invited me to walk with her shoulder-to-shoulder and we walked by the greats. A light from far above kept us company, its source unidentifiable. I rubbed the pencil’s lead again and cried out. The thing had sharpened. When I looked up, she had gone. The shadow crept across the aisle, climbed a bookcase, darted beneath another, and finally loomed high above me. It blocked my way to a man in a chair. I stepped to the side and the shadow blocked me. I tried the other side with the same result.

The man in the chair nodded. “Get a move on, Beech, I’ve been sat here ages.”

“This shadow’s in the way. Why am in your mind? It’s the weirdest thing ever. Did you ply me with some special sauce, or something?”

“No. Would never do that. You just slipped inside my head. You’ve just got to get past this thing.”

“You have writer’s block? Is this thing a symbol of …?”

The shadow whooshed through me. I stumbled to my knees, convinced my lungs had frozen. It pinned me to the floor and applied so much pressure I thought I’d become one with the hard wood. John Kennedy Toole encouraged me through a gap between Cormac McCarthy books.

The shadow swooped to the ceiling and watched, ready to pounce. It swirled, thinned to an arrow and darted straight for my heart. I closed my eyes and thrust the pencil out. The floor rumbled, rows and rows of bookcases shimmered, and a screech stretched out my ear drums until they almost burst.

I opened a gap in my eye and listened until I felt safe to open both. Bradley rested his elbows on the table we’d sat at before I entered his crazy mind.

“What happened? Have I cleared your writer’s block?”

“I never had writer’s block. I just wanted you to have a flavor of what’s in there, but I’m glad you cleared out some crackpottery. Come on … let me get you that beer and we can chew some fat.”

I slit my eyes at the bright sunshine outside. I craned my neck to the dark aisles back inside and shivered at the shadow which dug its claws into the shelves as it watched us cross the road.

Bradley Ernst writes books that delve deep into human nature’s murkiest depths, with wit and excitement. One reviewer noted that it’s not enough to class his Inhumanum novel as a thriller. It crosses many genres and so it’s more accurate to class the book as a genre in itself. Made Men is a continuation of Inhumanum and is as highly-rated. You should check him out.

Bradley Ernst (BE): Instead of skinning Skinner for his opinion, I’ll offer my own by way of a name: Carl Sagan. Dr. Sagan took his overwhelming knowledge of verified science—and used it to introduce theory. It’s that edge—where fact topples over into theory, where fact erodes into plausible story, where the magic of fiction is born. So many dust-covers boast: “Based on a true story.” The heft of connective tissue that connects that bone, the fact, to the fatty meat of fiction is where lay the art. 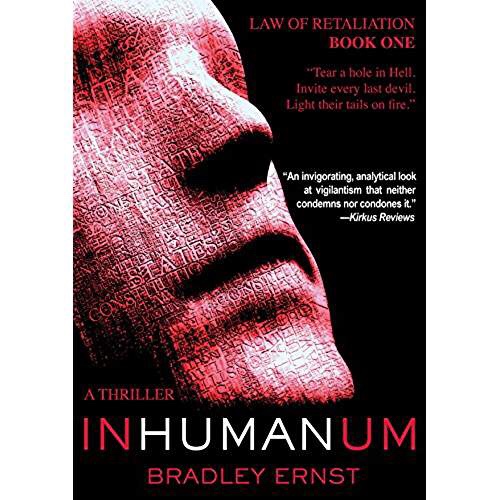 BE: Excellent question! Do you need to like yourself? I’d venture we all struggle with tolerating ourselves a bit. An unlikeable protagonist is agreeable since we can relate to human failures. Some of my favorite protagonists have been utterly unlikeable. Here are three:

The Water-Method Man. Irving’s Fred Trumper: a selfish, weak-willed liar embodies the worst of what easy roads our inner selves wish to travel, even if we do the right thing. To Fred, doing the right thing is so boringly pedestrian; he ventures far out of his way to do the wrong things. Mind candy.

A Confederacy of Dunces Toole’s sole novel (published post-mortem by his own doting mother) extols the mannerisms of Ignatius P Reilly, a fat and flatulent man-baby who not only does whatever the Hell he chooses to do; he angrily rants and writes and charges around complaining about the world in which he does not fit. Ignatius is a tremendous protagonist in every way—and someone we’d love to watch in person with binoculars, but go nowhere near his person. A win for Toole, thought he never saw it realized.

Their Eyes Were Watching God Like no one else, Zora Neale Hurston painted people the way they are. Not the gilded pretty people, but the gritty, dirty, selfish people who we are. “Tea Cake” is my favorite. A selfish, horrible man. A person can be horrible and also honest: those traits are not exclusive of each other.

BE: Cormac McCarthy’s No Country for Old Men barely succeeds in containing my favorite antagonist. Anton Chigurh. Anton, a philosophical sociopath, is unstoppable. The payoff for me, which McCarthy made me earn by reading fast, jaw clenched, is that in the end, Anton wins. That is life! Sometimes the bad guy wins. Thank you, Cormac McCarthy, for Anton. We all run circles in our tiny orbits—we seek our comforts in the familiar and the pat. We believe in what we need to in order to feel safe. We are, none of us, safe. So live anyway you daft hiders—you silly planners—you eaters of soy—LIVE! Might as well. Your Anton is out there.

BE: I’ve wildlife outside of my windows that don’t deserve to choke on certain novels, however I do keep a shelf of sadness upon which I’ve laid to rest books to remind me what not to write, and I am fickle. I can handle narrative excess if it makes me think, and there is an appropriate payoff. Give me great narrative, and I will finish a book in a day. Write something too ugly and some might see it as poetic, however use narrative excess and stir in more than a pinch of ugly and it doesn’t matter if you live in New York, only write in pencil, never grant interviews: I don’t agree with your Pulitzer. Shelf of Sadness for you, Donna Tart. 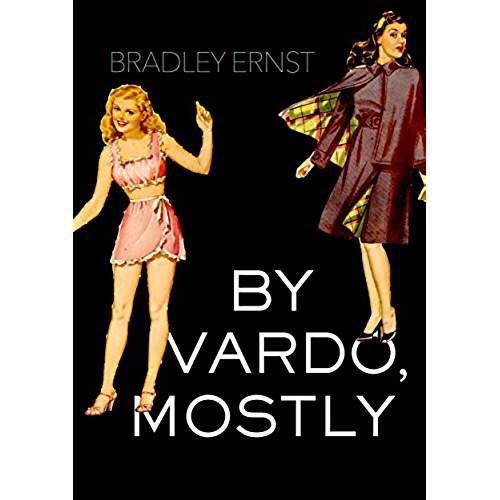 BE: Subtle things. An anticipated sadness. The tangible click of time lost or squandered on frivolity. Love. The temporary nature of beautiful things.

BE: Lessons regarding the vicarious escape we all crave. I strove to make feelings jump from a page. I love prose, flat black and white, where I can leap into a reader’s brain-pan and wreak havoc. I wanted readers to cry, laugh, cry, laugh, and they did. By Vardo, Mostly was fun to write, and I cried and laughed as I wrote it.

BE: The story of a whole character; imperfect, yet whole. To illustrate who a person—unaffected by the myriad social pressures social—is. He is literally a peerless boy.

You can buy Bradley’s books at Amazon US and UK.

City of of Forts is now available to buy from all Digital Formats and in paperback. 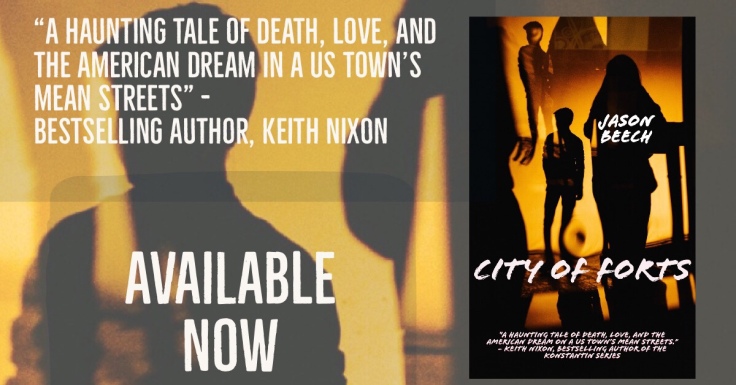 Bradley Ernst, You Have the Right to Remain Silent

A Confederacy of Dunces, Bradley Ernst, By Vardo Mostly, City of Forts, Cormac McCarthy, Inhumanum, Made Men, No Country for Old Men, Their Eyes Were Watching God, Water Method Man