You Have the Right to Remain Silent … Christopher Davis

Christopher Davis has a foot on his bumper and his chin in his hand like a gift shop image of an Amish farmer, but without the beard.

“You got the answer to my questions?” I ask as I saunter behind him.

I’d expect him to flinch but if he did he hid it well. He stares across the road at nothing in particular. Could be the Dollar Menu on the McDonald’s over at the corner. Could be the church sign saying “Keep Chris in Christmas,” which I’m sure would give him a giggle. Could be the candy wrapper blowing down the street for all I knew, but he sure didn’t want to look at me.

“I didn’t aim to disappoint, but I’m glad I did, anyway.”

A splash of maroon sullies the silver shine of his bumper, the day’s dust browning it from its former rich red.

“Open the trunk. I wanna see.”

“There’s nothing for you to see. You should move along. Go, scaramoosh.”

I step towards him, which sets him into medieval guard mode. He squares up to me, his back to the trunk. He’d have hit me with a pike if he had one.

“You got my answers in there?”

He shakes his head at the mosquito buzz of questions.

He raises an eyebrow.

He relents. Steps aside. Something beyond my shoulder makes track-lines in his forehead. He pushes a remote button and the trunk clicks.

“Go ahead, look as long as you need.” He sweeps a hand across his vehicle and I lift that lid. I stare, dumb, at the contents, unable to process any of it. I could have laughed, cried, or vomited – all at the same time.

The red and blue flashes of the cop car illuminate it all and I spin round. Cops have their weapons on me and Christopher has gone, water down a drain, smoke up a chimney, steam out the laundromat. I lift my hands surrender-style and spit that I hadn’t gotten my answers from Davis.

I’m in a cell with my head in my hands, a two-hundred-and-fifty pound man with gas leak armpits to my right, and a ninety pound geek with a whipped cream haircut to my left.

Davis watches me through the glass and lifts the receiver. I shuffle on the hard seat and lift mine.

“Yeah, I feel bad about that, but I’m here to make amends.”

If he’d just had a drink he’d have sprayed it against the glass. He scratches the Eddie on his Iron Maiden t-shirt. “No, but I at least owe you answers to the questions you sent me.”

I lean forward and eyeball him. “Cracking.”

Christopher Davis writes gritty, sometimes gruesome crime, western, and horror fiction. He’s snappy and his words are easy on the eye. You’ll find him in California listening to Iron Maiden.

You’ll more than likely find me with a big hardcover about some obscure battle during the civil war or what the economy was like in the early 19th century than a piece of fiction. I’ve never read what our brethren would call the classics. Our pal, Aidan Thorn once compared one of my stories to a well-known writer, so I read it, but you get what I mean?

With that said, I do enjoy Stephen King, but not the must-reads. I’ll lean to the ‘B’ side kind of stuff. I did read the Dark Tower series and dug the shit out of it. Hated the movie though.

I like Dean Koontz, also, and his Odd Thomas, but am just not a fiction kind of guy, so ... 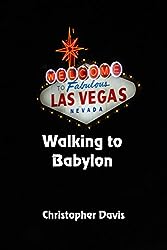 I don’t really know if I read a story just because of a protagonist. If the setting, the writing, the idea is good, I’m good. I tend to like knowing that something fucked-up is going to happen, so crime holds my attention in that way, and of course we all know there’s no protagonist like some guy down on his luck and just hoping to see the sun come up tomorrow.

I like a story that is easily readable, one that has a flow to it, if you will. King and Koontz both have that for me, as do a lot of the Indies that I read. I have started a story (by a big name), found that I’m on page 57 scratching my head, and having to turn back to find out who this guy is or why he’s in the story … I won’t finish it. If I have to struggle to keep track of thirty-odd characters, I’m out. 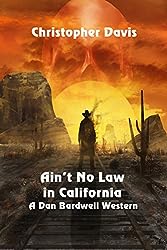 Like I’ve said, if it flows, I’ll read it. No matter the story. With the Indies, I hear a lot about poor grammar, the lack of editing and such. If I can understand what the author is getting at, I’ll read it.

What gets you writing? A great novel, maybe? Something you saw on the street or on TV? Something else?

I tend to see the shitty side of life. It’s not that it’s all that bad for me, if you overlook the fact that my fucking house is being auctioned today (I’m not kidding), amongst other things – but I do see life that way.

Here’s a perfect example of what will get me started into something. Back during the fall, my wife and I see this little girl, maybe 12’ish, when I stop for gas on the way to work. She’s on her way to school pushing a bicycle and looking kind of ratty – a poor kid. She’s dressed in a pair of dirty looking, light colored pants. The kid is old enough that she’s starting to have a visitor … anyway, her pants are stained horribly and my fucking heart bleeds (no pun intended) for the kid. She’s going to have to go to school and I can just picture the other kids and an uncaring faculty giving her a hard time. What a shitty life, huh?

I use the little girl as an example, as I saw her this morning. I wanted to stop her on the sidewalk and give her a twenty or everything that I had in my wallet for that matter, but I couldn’t. I don’t think the law would look kindly on a stranger giving some kid money.

So she’ll stick with me, that little girl, and eventually find her way into one of my stories. She’ll be in her twenties or thirties and down on her luck, raised by a single parent on the bad side of town or with no parent at all and… 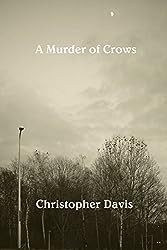 Like any writer, I’m sure that my internet search history would probably land me in jail. I’m looking for a meth recipe, convenient way to make a pipe bomb, how fast a body will decompose in the sun or the going rate of a high-end hooker. If nothing else, the distance from Vegas to Tucson – or something like that.

There are two, To Watch a Man Die and Tuesdays Gone. The first is a crime story follow-on to last year’s Walking to Babylon, set in Vegas. I’ve been shopping it around for a year with no takers. Tuesdays Gone is one of the tragic romance kind of things that I do from time to time, much like the short Cinnamon Girl.

And now you know that I can’t count either …

www.christopherdaviswrites.com should get you there. You can find Facebook and Twitter links on the website and a way over to Amazon, my publisher (Solstice) and some short stuff that I do for kicks on Smashwords.

You can BUY City of Forts for a special pre-order price HERE.

Christopher Davis, You Have the Right to Remain Silent