The Last City, by Nina D’Aleo 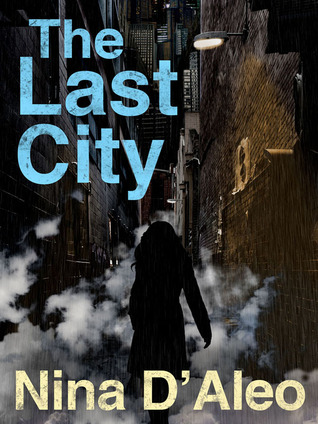 Nina D’Aleo’s The Last City is a mash-up of sci-fi and fantasy, set I’m not sure where and peopled by I’m not sure what. If you’re not much into fantasy or sci-fi then you’ll have your patience sorely tested… but stick with it.

The population in The Last City is a bunch of differing races whose genetics have mashed with different animals, some illegally. So, you have a gangster with lion characteristics, spectral breeds which can merge into walls, and main characters who can read your heat to check emotion, morph physical objects, look into a location’s history by listening to its walls, and travel down into the earth and reappear elsewhere. Copernicus Kane is the leader of a tracking unit, comprising Jude, a half-Androt (and thus a second class citizen); Diega (who morphs objects), Eli (a winged gadget genius), and newcomer Silho Brabel, who has a history that could target her for death.

Their enemies are the Skreaf, a race of witch-demons trying to raise their lord with the help of a ring belonging to the gangster Shawe, and one giant machine that must be destroyed.

I almost packed it in half-way through. I couldn’t quite get my head round the Star Wars bar freaks populating the novel, especially getting annoyed at Eli’s wings. I couldn’t help thinking of that annoying Italian caricature in George Lucas’ ropey Phantom Menace. Which got me thinking of Jar Jar-fingers-down-the-blackboard Binks. If I’d read the paper version I might have thrown it out the window and hit my poor old neighbour.
What saved said neighbour is that the book wears its fantasy and sci-fi lightly, never getting bogged down in silly explanations. And so you don’t have to read through reams of verbal dog-doo of how Diega can morph objects. She just can. Just like the brilliantly cynical Ev’r Keets can transport herself through earth and reappear elsewhere. And once you get to the second half of the book, the story’s momentum does take you right to the end, where you even start to like Eli and his annoying wings.

The Last City, by Nina D'Aleo